Brand new Hotel Empire is located in Moscow, within a 7-minute walk from «Dinamo» underground station and Petrovsky Park, and just 2 kilometres away from the Belorussky railway station. As the Hotel building, constructed in the period of «Stalin Empire architecture» domination, so luxurious hotel interiors, executed in Baroque — style of late classicism, allow all the Guests of the modern metropolis to immerce in the historical atmosphere of The Great Empire - Moscow days of Stalin era monumentality. 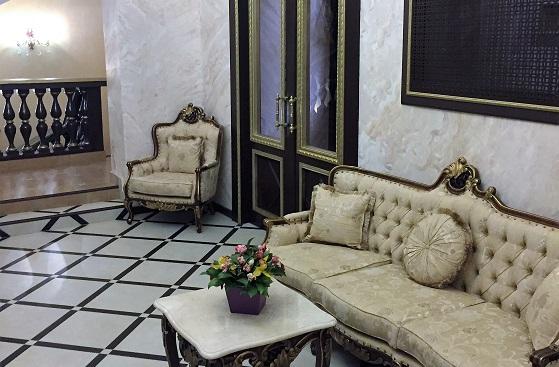